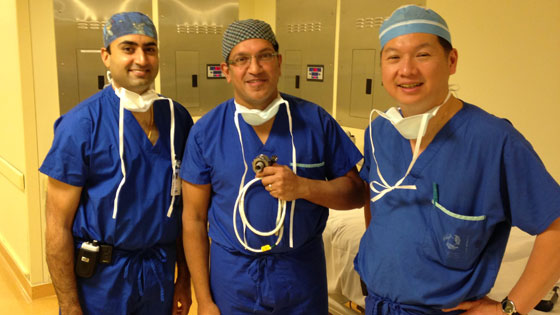 Dr. Badiwala completed his undergraduate studies at McMaster University in 2000 where studied in the innovative Arts & Science Program. He pursued his medical education at the University of Toronto. He subsequently completed his residency in Cardiac Surgery at the University of Toronto and became a Fellow of the Royal College of Physicians and Surgeons of Canada. Dr. Badiwala was then honoured to receive the Detweiler Travelling Fellowship from the Royal College. He travelled to Chicago and completed an advanced fellowship at Northwestern University as Chief Fellow under Dr. Patrick McCarthy.

Dr. Badiwala has completed graduate training in transplantation and vascular biology research at the University of Toronto and holds a PhD in Cardiovascular Science. He has many publications on topics in cardiovascular science and transplantation and has presented both nationally and internationally. Dr. Badiwala is the recipient of a number of prestigious awards including the Vanier Canada Graduate Scholarship, the Vivien Thomas Young Investigator Award from the American Heart Association, as well as the Shafie S. Fazel Outstanding Resident Surgeon and Investigator Award and the Starr Medal from University of Toronto.